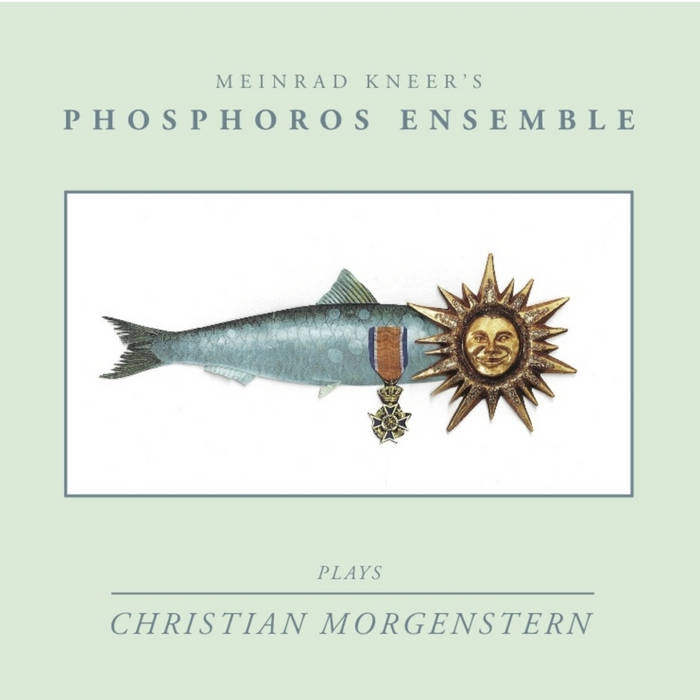 His fascination with Christian Morgenstern’s (1871-1914) work inspired Meinrad Kneer, the initiator of this project, to start up a new collective named Phosphoros Ensemble.
On one hand, Kneer’s compositions are interpreted sensitively yet theatrically by singer Almut Kühne and on the other hand, Uli Pleßmann’s recitations, which are equally expressive as they are musical, are embedded in the collective improvisations of the ensemble. The unusual instrumentation of (bass-)clarinet, harp and double bass, gives the writer’s poems as well as the voices much space for development.
WN
Text and composition, improvisation and recitation interlock and interweave to form a new whole.
With this intuitive selection of poems, Kneer creates a non-representative cross section of Morgenstern's oeuvre and enriches it through the artistic integration of words and music.

Photo and images by laziapazza
Cover Design by Theres Windmüller